On behalf of my African and North Eastern brothers and sisters in India... 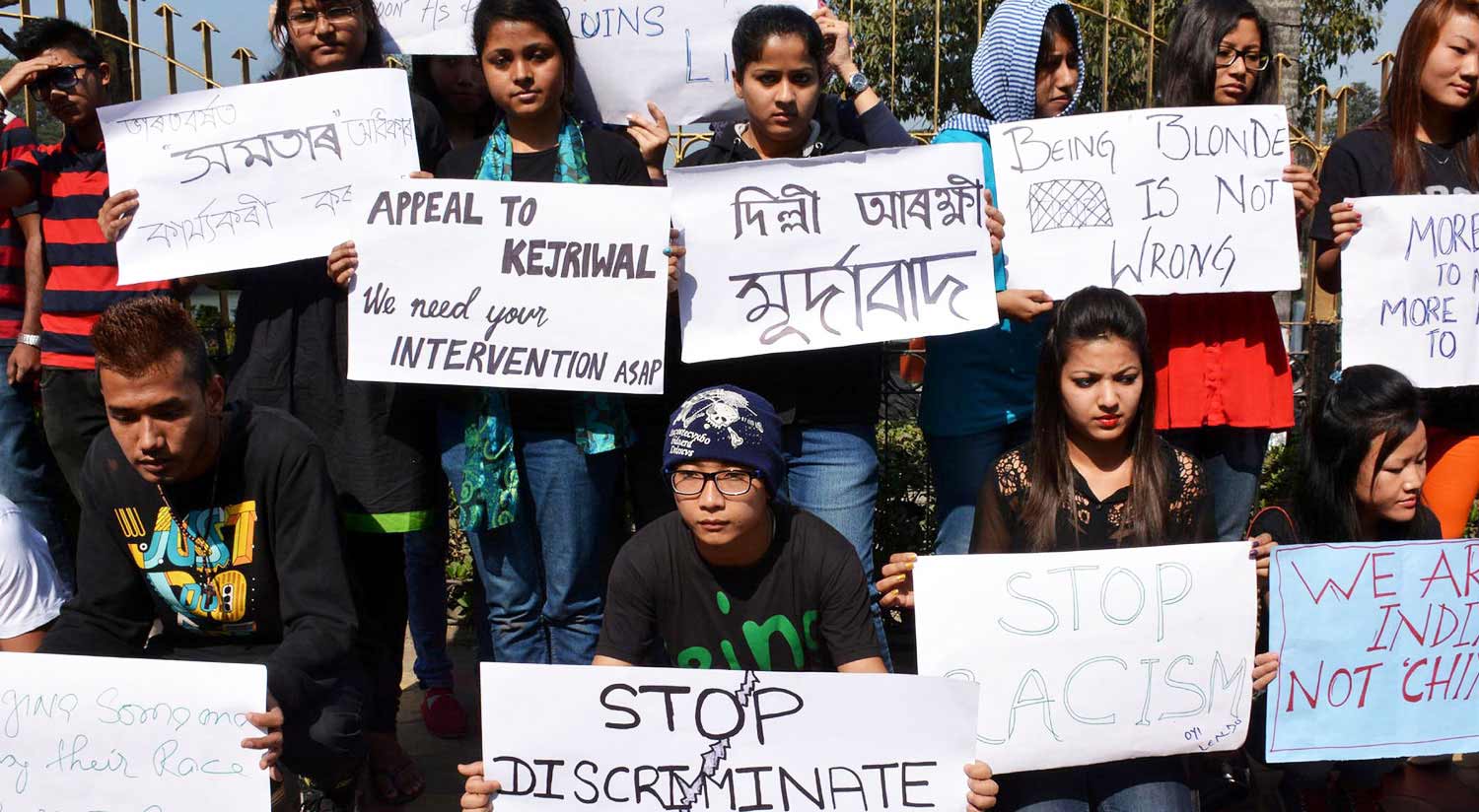 This editorial of mine is on behalf of my African and North Eastern brothers and sisters in India to every shameful racist in India, and to every parent and teacher who unknowingly are creating future racists at their homes and schools… to all those who practice racism in any form towards not just Africans and North Easterners, but towards any human being… to all those who promote products that fuel racism and those who endorse such products and to all those uneducated leaders who do so less to change it all.

I feel ashamed that in this land of peace and tolerance, the land of Tagore – who found solace in the North East and wrote some of his most beautiful pieces there (including Shesher Kabita, Raktakarabi and Shillonger Chithi), and whose landmark poem Africa is perhaps the world’s most touching as well as one of the most revolutionary poems on racism – there are people who still practice racism, are unashamed about it and give pathetic excuses to justify their acts. The racist incidents in New Delhi, specially of the recent past, only make me believe that those who still practice racism in this day and age are not worth being called Indians, or humans for that matter. They live in this country but are blots on this land’s culture and heritage. They may have popular support or might even be quite religious, but they are purely uneducated and uncivilized, irrespective of whatever degrees they hold and however cultured they pretend to be.

However, I also feel it’s a problem with our whole education system. When you have an education system that doesn’t focus on making good human beings but focuses on forcing students to get higher marks, this is the society we create. When, as a nation, we do not tell our children to read more and better books, but get private tutors to suck up all their free time to force them to mug up chemistry formulas for a few marks more, this is what our children grow up and do. When we have top stars in this country goading you to get fairer skin, and parents – like utter illiterates – not teaching their children that human beings must be respected on the basis of the content of their character and readings that they do, and not on the colour of their skin or the superficial marks on their marksheets, this is what we have. We teach our children to follow the Great American Dream, but we forget to teach them and sensitize them to the Great American Sin. Racism!

Today, when I returned home after watching the movie ‘12 Years A Slave’, a far from comforting, unflinchingly brutal depiction of the Western world’s original sin, I again read one of the favourite poems of my father, ‘Africa’, by Rabindranath Tagore. As I once again read the lines, my heart cringed and I felt sad that we have people sitting in politics in India who are still practicing racism in some form or the other. These people are supposedly from educated backgrounds; and yet, when they open their mouth, their words stink of illiteracy, slogan mongering and enforces the suspicion that they haven’t done any reading in a long time.

All I can say is that for all of them, films like ‘12 Years A Slave’ are must watch, poems like Rabindranath Tagore’s ‘Africa’ and books like ‘Uncle Tom’s Cabin’ and ‘Roots’, are must read; for only once you have spent days reading (and thus, in a way, living) such horrible and penetrating truths about the Western world’s most shameful and cruelest side, can you understand what is (and what is not) worth appreciating and emulating in life. For, any man in love with Uncle Tom of ‘Uncle Tom’s Cabin’ or pained by what Solomon goes through in ‘12 Years A Slave’, would not again discriminate another human being due to the colour of his skin. It is only when your blood boils as you realize the true feelings behind those chilling words of Rabindranath Tagore on Africa from the poem ‘Africa’... (I quote a translated version):

“You are hidden, alas, under a black veil, which obscures your human dignity to the darkened vision of contempt. With man-traps stole upon you those hunters whose fierceness was keener than the fangs of your wolves,whose pride was blinder than your lightless forests.

The savage greed of the civilised stripped naked its unashamed inhumanity. You wept and your cry was smothered, your forest trails became muddy with tears and blood, while the nailed boots of the robbers left their indelible prints along the history of your indignity.”

...that you realize the pain and indignity behind racism.

And yet, how beautifully, Tagore actually describes in the next few lines the hypocritical irony about the racists (that keeps getting revealed in ‘12 Years A Slave’, about someone or the other from most White families):

“And all the time across the sea, church bells were ringing in their towns and villages,the children were lulled in mothers’ arms,and poets sang hymns to Beauty.”

Yes! That’s the irony! While Americans and Europeans were beating down savagely those millions of souls – literally and metaphorically – they themselves were at home reading the Bible and going to churches and making their kids sleep in their mothers’ arms. All I understand is, if you do not read these lines, if you do not spend hours realizing their meaning and the feeling of pain, then despite your having IIT degrees or being great lawyers, you will remain racist savages without souls.

I conclude by sharing with all of you the simplest story inside ‘The Help’, a book by Kathryn Stockett. The story reminds us that all human beings are equal, necessarily. I hope that you would remember this story before demeaning another human being of a different colour, caste or creed, or giving more respect to a Brahmin, White or a person practicing a particular religion. I hope this story gives you the gift of treating every human being equally.

“Once upon a time they was two girls,” I say. “one girl had black skin, one girl had white.”

Mae Mobley look up at me. She listening.

“But neither one a them little girls knew. So little white girl say, ‘Well, let’s see. You got hair, I got hair.’ “I gives Mae Mobley a little tousle on her head.

“Little colored girl say ‘I got a nose, you got a nose.’ “I gives her little snout a tweak. She got to reach up and do the same to me.

“Little white girl say, ‘I got toes, you got toes.’ “And I do the little thing with her toes, but she can’t get to mine cause I got my white work shoes on.

“’So we’s the same. Just a different color’, say that little colored girl. The little white girl she agreed and they was friends. The End.”